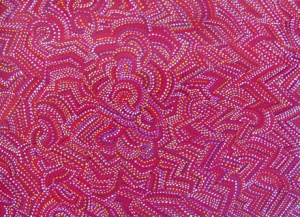 It is clear our common-sense perceptions of what we call “reality” lag far behind what can be demonstrated in the laboratories of contemporary physics. Space-time, the identity we still often refer to by two different names – space and time – is a concept counterintuitive to our most deeply held notions of reality. As a result, speaking of states such as “the past” and “the future” is not helpful toward promoting an understanding of the continuous seamlessness of the universe(s) we inhabit.

Even more, ideas that a proposition must be either true or false – or that a thing must either exist or not exist do not hold up well when we examine the events that lie at the outer fringes of our experience, such as the apparent boundaries of space-time, on a very large (super-galactic) or very small (subatomic) scale.

We live in a time when our most elaborate instruments are virtually touching the very edges of the fabric of existence and reporting back to us their near-unfathomable findings. In times when we seem desperately wanting some surety, conviction, and stability, our scientists are telling us our universe does not work in those ways.

What we have become accustomed to calling “the Universe,” is more sensibly called “our universe.” It exists as one of many, perhaps an infinite number of possible universes. Existence is a matter of statistical probability, in which the number of original, ultimate, or present realities reduces to unity only when we are observing an event. This collapse into actuality from infinite possibility eliminates the requirement for a past and a future that are in some way “separate” from the present moment.

In the pages of his wonderful “Billions and Billions,” Carl Sagan has much to say about current conceptions of “the Universe.” He states, “Some scientists think the Universe may be one of a vast number – perhaps an infinite number – of other closed-off universes. Some may grow and then collapse, live and die, in an instant. Others may expand forever. Some may be poised delicately and undergo a large number-perhaps an infinite number-of expansions and contractions.”

It makes more sense to speak of the observable universe as existing as a space-time continuum than it does to say it exits “in” space and is somehow “moving through” time. And similarly, it is more consistent with current findings in quantum physics to speak of the present moment as an instance of four-dimensional collapse within a multidimensional framework in which all possible universes simultaneously coil and unfurl.

We are just now in the process of constructing the most detailed maps of both the large-scale and small-scale structure of our universe. It is a most exciting time. As I continue this series on our current knowledge regarding the nature of things, hopefully, it may rekindle a sense of awe and wonder in you. For within me, this is already the case.

Image: The SDSS 3D Universe Map
Credit & Copyright: Sloan Digital Sky Survey Team, NASA, NSF, DOE
Explanation: The latest map of the cosmos again indicates that dark matter and dark energy dominate our universe. The Sloan Digital Sky Survey (SDSS) is on its way to measuring the distances to over one million galaxies. Galaxies first identified on 2D images, like the one shown above on the right, have their distances measured to create the 3D map. The SDSS currently reports 3D information for over 200,000 galaxies, now rivaling the 3D galaxy-count of the Two-Degree Field sky map. The latest SDSS map, shown above on the left, could only show the galaxy distribution it does if the universe was composed and evolved a certain way. After trying to match many candidate universes to it, the Cinderella universe that best fits the above map has 5% atoms, 25% dark matter, and 70% dark energy. Such a universe was previously postulated because its rapid recent expansion can explain why distant supernovas are so dim, and its early evolution can explain the spot distribution on the very distant cosmic microwave background.