a whole in my head 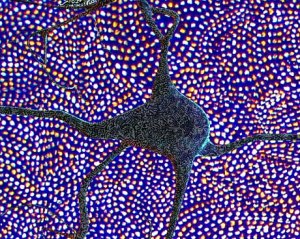 We are together in the kitchen. Shadoe is at my feet looking up at me with the transparent concern of a female mammal. After we made a fuss over her and gave her some food and water, she forgave us for her day of plight and reacted with a protective attitude as soon as we entered the house.
“Everything’s OK, Shadoe. Good girl.”

“How are you feeling, Art”

The women are united in their love and concern for me in ways that I can never take for granted. This night, I have a sense they are holding back genuine fear.

“Better. I can’t remember much about today. I mean I remember you guys coming home. You kept asking me what happened and I was trying to tell you about an accident…somebody dying… and Shadoe being trapped and all.”

They both look at each other. Then they look at me. Dawn speaks first.

“Well not really, I mean all you were saying was that you had drawings and papers to hand back and you had to go to class. I kept telling you I had already called in and cancelled your classes. Then you would get upset and just kept repeating you had to teach tonight.”

“You were all upset and emotional. And you kept forgetting everything you said. And then you would just start over and say the same exact thing all over again. That’s what was so hard to deal with. We didn’t know what to do. So we just walked you out the door into the car. We knew we had to get you to the emergency room.”

I’m grasping at straws now – desperate to hold on to reason, to sanity…

“I remember the ER…the waiting room…watching TV…before we left, the doctor not explaining anything. Then we just left. I can see parts of the ride back home but they’re just disconnected scenes.”

“Why don’t you just rest,” says Dawn. “Just get some sleep and see how you feel in the morning. Don’t worry about things right now.”

“Yeah. OK… I’m so glad you both came home when you did. I think it was going on for hours before I called you.”

Drifting off. The day remains impenetrable, impervious to my yearnings for memory, yet I can not cease from dwelling on what might have occurred – what actually occurred. And today, these are one and the same thing. I know actual events transpired but to me they are merely possibilities. As I have no clear memory of them, they may as well have been hallucinations, fantasies, dreamt events.

Dawn and Mia’s muffled voices filter upstairs. I hear them speaking softly about today- about me. I can tell they are more than a little frightened. I want to go back down and reassure them. But I can not move a muscle. Time slows. Their voices, deeper now, drift more slowly through my mind.

“What was he trying to do when he grabbed the wheel? All I could do was to pull off the road.”

The bones of my skull seem to slide beneath the skin of my cheek. Fluid pressure pulses behind my eyelids. I intend to push down the covers to hear more of what they are saying but it doesn’t work… It’s no use. I am paralyzed. And I can’t keep my mind focused for more than a moment. Consciousness ebbs and flows.

I recognize this as a state between waking and dreaming. But that knowledge disappears as soon as the thought takes form. My senses move back and forth through mindfulness like foam on the shoreline. Waves of awareness form a momentary front. I cling for a while to the edge of specific thoughts or sensations only to be pulled back through the turbid tide.

I comprehend this nebulous space by forming metaphors. A palpable emptiness engulfs the mind. It is as if layers of thought, anxiety, impulse, sensation, and emotion are becoming more tenuous and transparent. They drop away and disappear as I dive more deeply within the softening darkness. I am suspended. I contact an inner sense of self- a place where I can find rest…and peace.

Night moves. Torn between loops of time and timelessness, I go uncontrollably in and out of dreams. I am pulled back through the same mind scenes for excruciating continuations of isolate events. And even within the concatenating discontinuities, I see that somehow, everything connects.

Much later now, I can sense the brilliant warmth of the morning sun. I strain toward the light but I cannot open my eyes. I fear I will never again be able to awaken. I am lost in some ambiguous space. It hardens in response to my struggle to evade it. Succumbing softens it. I drift inward, toward the ether of dreams.

*
Image: “a whole in my head,” digital mashup of human neuron image and original drawing and painting by Tullio DeSantis, 2009. 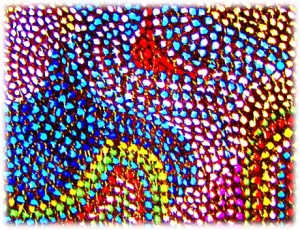 In an instant, Dawn checks the rearview mirror and hits the brake pedal. Seatbelts tighten. Thankfully, there’s no one behind us.

She glares at me in the mirror wide-eyed and white-knuckled.

We pull on to the shoulder. Mia turns toward me from the passenger seat.

Before she can finish her sentence, a car speeds through the intersection without stopping for the light. If we had not pulled over, we’d have been hit broadside.

Earlier this afternoon, Dawn and Mia arrive home. I have a memory of them standing on either side of me. Later they describe the situation as one of near-panic. They had no idea what happened to me – except that I was barely coherent. I kept repeating the same few sentences over and over again – forgetting immediately that I had just uttered them.

I was saying absurd things…things which I seemed completely to believe. I spoke of a woman crying, someone dying, a dog trapped somewhere clawing to get free. They were trying to calm me, to find out if I had hit my head, fallen down, overdosed, or taken the wrong prescription. They kept asking me what happened and I continued talking nonsense.

Here I was, insisting that ridiculous things were true and showing no concern for my own well-being. Later they admitted they feared I had experienced a stroke and had sustained permanent brain damage.

I don’t remember much of the hours we spent at the hospital. In the waiting room, a news bulletin of a traffic accident was on the local station. The car looked familiar – it was the car in the intersection.

The story of the accident appeared in the newspaper the next day. Two people in a late-model Mustang sped through town running red lights until they crashed into a parked car. The man died instantly. The woman was unharmed.

Dawn and Mia stay in the waiting room while I am tested, scanned, imaged, and examined. I have just a few memories of all that: cold stainless steel surfaces, clean while sheets, the high-tech sounds of electro-mechanical devices, snippets of speech, a succession of inquisitive looks, and the gentle pressure of reassuring hands.

And then we wait…and wait. By this time it is ten hours since I spoke to Mia and told her I was in trouble. I feel marginally better – at least my sense of imminent panic has passed.

The attending physician reappears, pronounces his diagnosis of TGA (Transient Global Amnesia), and explains that the causes of the condition are largely unknown and there is nothing to be done. He tells me to rest and I should feel better in a couple of days. That’s it. Our many questions go unanswered. I leave the hospital as confounded as when I entered it.

Back home now, descending the driveway, we hear our black retriever, Shadoe, barking and scratching at the barn door. It must have blown shut behind her. No one recalls seeing her when we left. She has been trapped in there all day.
*
Image: “Blinded by Thought,” digitally altered image detail of original painting by Tullio DeSantis, 2009.

One response to “a whole in my head”