This is Your Mind 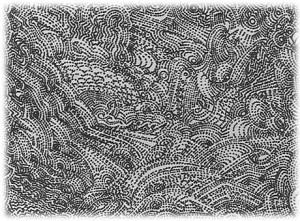 What we refer to as “The Universe” is more properly understood as all that which is experienced by the mind. This is a way to tether philosophy, physics, biology, anthropology, and psychology to the singular experience of consciousness.

This new paradigm is the paradigm of the primacy of mind. It is significant because it supplants the philosophies of materialism which have dominated much of human thought since the emergence of the city-state.

Put simply, rather than positioning matter as the ultimate reality of the universe, this new paradigm places mind there. Think of it, to begin with, as a procedural reversal.

Rather than conceive of a universe in which the most significant constituent is some inanimate, not-directly-experienced piece of particulate – a sort of dumb rock – the new paradigm of mind examines how the universe is actually experienced.

The universe is experienced as a sensation – something we call “the mind,” “consciousness,” or “awareness.” And we can never be sure about whether we are experiencing anything besides this sensation of awareness itself. In other words, as can be demonstrated in the most exacting laboratory conditions we can achieve and the most elegant and precise mathematical systems ever conceived, matter, time, and space in the universe can not be determined to actually exist independent from the act of observation.

We are left with our thoughts. Or more properly, we are our thoughts. We have always had the capacity to imagine this. Now it is within the grasp of our rational minds, as well.
There is an experience of total freedom and a sense of infinite potential available by virtue of this new paradigm that has not been seriously considered for a very long time.
We are discovering a theory of evolution in which the entire universe is intimately involved. And the initial attribute of this new view of the universe is the same as its ultimate attribute – because the universe is what we are, it is intelligent and it is alive.
*

The Nature of Now 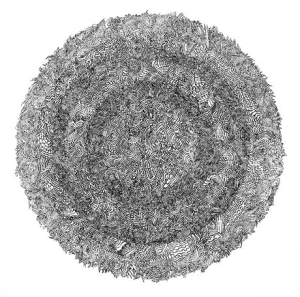 In recent years, science has brought us to the very threshold of understanding regarding the nature of the fabric of space and time. Theoretical understanding of the physical universe has crafted a cohesive vision that is comprehensible and explicable to anyone motivated to research materials, which are readily available on the Net. And thanks, in large part, to the Hubble Space Telescope, we are able to actually view events which lie within a few hundred million years of the big bang event horizon of our current universe.

There is no particular direction for the arrow of time that is required by physical law. Events can run backwards without violating the laws of physics. It is entirely possible that the big bang – the instant of creation – is occurring now, in the present moment and that what we refer to as the past and future are waves of probability cascading outward from the fullness of an eternal present.

There is a new paradigm – a new world view – forming in the collective consciousness of humanity. We have the science and the technical knowledge at our disposal to recreate the mysteries of creation. The tasks that remain before us are essentially anthropological, cultural, and philosophical. We will accomplish these initiatives by means of the current global dialog taking place continuously around the world at the speed of the Internet.

This is the future. It is happening all around you all the time. It will be here in the blink of an eye…
*

Image: “Forever,” ink on paper drawing by by Tullio DeSantis. 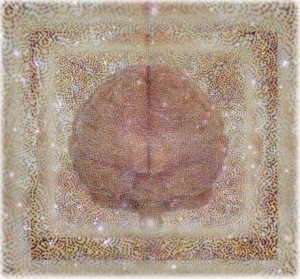 There is a new paradigm forming within the mind of man – a new world view. This occurs rarely in human history. However, looking back over the past 100,000 years or so, the pace of new ideas does seem to be speeding up.
This process is most simply described as the formulation of a consciousness-based reality paradigm, which can be viewed in nascent form across the major disciplines of human thought from cosmology and the new physics to neuroscience and contemporary philosophical inquiry.

There are several key elements which underlie current theory in these fields. They are the result of evidence gathered in the most exacting research, mathematical analysis, and experimental data. The role of consciousness – essentially ignored during centuries of materialistic thinking – is being restored to its rightful place at the center of human inquiry.

Without consciousness, (the observer), there is no actual matter in the universe because probability waves do not collapse into actual particles until they are observed. In other words, without observation (consciousness) matter doesn’t exist. Either consciousness must precede matter or they must come into being simultaneously.

Imagine the first proto-living molecules undergoing a first flash of life – in other words, an initial instant of evolution toward conscious awareness. This causes the entire edifice of infinite potentiality we call “the cosmos” to manifest itself in all the possible pathways of spacetime. That instant not only sets into motion all possible futures but all possible pasts, as well. (These have something to do with non-locality and entanglement) I mean to say that the proto-life form itself, including its constituent molecules and environment do not exist until they become conscious in some way.

That state is simple enough to characterize as just one possible state of the universe – the state in which a life-form becomes aware of itself and its environment. It occurs because it is highly improbable that it would not occur.

In other words, given enough of nothing, something is bound to appear – because a vast amount of nothing is very improbable. And for something to appear it must be conscious – otherwise, in the absence of an observer, the probability waves would not collapse at all. Once they do, we have long chains of causation moving forward and backward in time – one of which is human evolution, which results in your eyes on this page at this very moment.

What is most interesting to me is not that this exceedingly strange quantum weirdness is possible or even probable but that it is ever so gradually becoming the dominant paradigm bridging all human endeavors – from the leading edge of science to the frontiers of philosophical formulation. The reason I know this is because I am encountering it more and more each day. And each day, more of us are beginning…just beginning…to show signs of understanding.
*
Image: “The New World Idea,” digital image mashup of human brain, spiral galaxy, and ink drawing by Tullio DeSantis, 2010.

The Hologram in Your Head 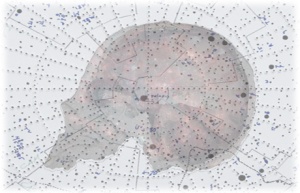 There is no specific observation point within the brain in which consciousness resides. Instead, our sense of ourselves is a shifting field of awareness generated in many locations at once. This construction referred to as “oneself” is a combination of somatic and sensory signals, emotional responses, memories, and instantaneous experience processed in various parts of the brain. These ever-changing apprehensions, while being discontinuous, sporadic, and episodic in themselves, are nevertheless enmeshed in an overall sensation of unified identity which is experienced as a continuously integrated sense of self.

Even though it serves as the foundational structure for our conscious existence, this notion of individual identity is a little understood phenomenon. Coming to terms with the mystery of exactly whom and what we are brings us to the threshold of the collective philosophies of mankind and the very edge of scientific theory and research.

We are beginning to discern the miraculous ways in which our notions of external reality and internal awareness are intertwined. Instead of the rigidly separated concepts of space, time, matter, energy, and consciousness – inheritances of philosophical traditions that have separated us from a sense of connectedness to the cosmos – we are discovering a theoretical basis for new experimental evidence based in clinical psychology, neuroscience, and quantum physics that demonstrates our oneness with all life, the earth, and the universe at large.

By envisioning consciousness as a hologram, in which the brain maintains and operates a model of the external world – which is itself a hologram – the infinite and the infinitesimal are bridged in a manner which recalls the ancient Hermetic formulation, “As above, so below.”

This emerging conception of our interconnectedness offers a vision of unity in a world that often offers apparently fragmented experiences. Understanding that, in a very literal sense, we are the eyes, mind, heart, and soul of the universe unites us with each other, the ecosystem of the earth, and the cosmos at large. We hold the very crown of creation on our shoulders.