Brainwaves and Thoughts for a Better World

Repetitive patterns of information form the basis of both events and experience. Patterns, replete with similarity and variation in specific sequences form the basic components of space-time and set the structure of all things: living and non-living. Patterns of relationships create the connections binding causes to effects. Patterns position the past, the present, and the future. If it is not a repetitive pattern, you have neither seen it nor experienced it. For something to exist at all, it must exist in the form of a persistent, repetitive pattern.
From the most simple vibrating entities: light, heat, subatomic particles, atoms of hydrogen to the most complex: consciousness, living beings, patterns of space, time, matter, and energy, patterned information serves as both the structure and substance of what is called “the real world” and also forms the basis for what is called “the mind.”

Hundreds of billions of individual interconnected neurons are interacting in the human brain, heart, and viscera. In other words, they are vibrating with electro-magnetic rhythms, chemical interactions, and physical movements that constitute the most complex dynamic system in the known universe.

We can measure the gross frequency output of large numbers of these neurons and are just now learning to read out some of the information encoded within individual neurons and their myriad interconnections in the laboratory by means of computers, supercomputers, and quantum computing methods. 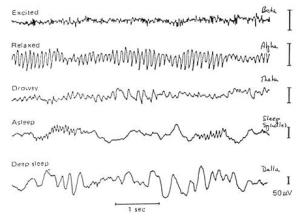 Think of the brain as a bowl of jelly floating in a soft container. As a result of its fluid nature, it is in a state of vibration. It pulsates with electro-chemical processes involving myriad cellular connections and it beats in resonance with the heart-based rhythms of the body. Connections to the body itself and the world outside are continuously adding information in the form of patterns of vibrating wavefronts/packets of quantum energy. This vibrating mass of jelly-like substance within our skulls is, as far as we know, the most complex non-linear dynamical system of patterns the universe has ever produced.
What the brain does is to identify and process patterns of information and energy and to encode them as experience. In other words, the brain uses its own pattern-recognition ability to identify, formulate, and conceptualize experience into recognizable patterns. During this process, it acts according to pre-existing rules or algorithms or it creates new ones to assimilate the new experience.

This process maintains an active balance between under-stimulation and overstimulation. It is moving toward an ideally desirable, yet unachievable, equilibrium. On the one hand, the brain is always seeking to identify and categorize experience as either already known or as new information. If the information is new, it must be attended to. If it is not, then it has already been assimilated and the system treats it in a habitual way. This is the most efficient way to handle old information but it does not allow for the possibility that some novel aspect of the information was missed in the initial assessment.

This tendency for the system to move toward habituation – to close itself off from the possibility of novel experience – is an addictive process. The system tends to get itself stuck – unless there is a significant amount of new information being processed, which is sufficient to cause the system to stay in its optimal state of openness. Powerful repetitive patterns have a tendency to persist. Truly novel patterns are rarely encountered. Even when they are encountered, they must somehow rise above the threshold of resistance the system needs to maintain a steady self-regulation. Interrupting the dull repetition of an over-organized system is as significant as providing some structure for one too loosely organized.

Our understanding of the iterative self-similarity, multi-dimensionality, and periodic instability of chaotic systems is a significant aspect of the emergent paradigm, in which we are seeing the instruments of our vision as co-creative in acts of perception and our very being as an instance of the act of creation with which the universe begins.

We are seeing the whole of our vision as an evolving pattern – a self-conscious pattern-recognition system for contemplation, reflection, emotion, and action with the objective of creating more positive, more ethical, and more beautiful thoughts, actions, events, and experiences…

The feeling of being alive in the world: this is a primarily mental thing…the experience of a physical body in dimensional space. We exist as a field of potentially focused awareness within muffled sensations of enfolded flesh. Our bodies are experienced as alternately tensed and relaxed musculature, interiority, a certain visceral fluidity, and – as a result of our skeletal frame – with a sense of rigidity upon which our more subtle experiences are hung.

For the most part, we experience our consciousness as a focused awareness somewhere behind our eyes. It sort of hovers there in a nebulous space within our heads, even while it is continuously connected via sense impressions to the outside world. In addition to the somatic sensations of being within a tunnel of skin, much of our experience consists of the exchange between these sensory inputs and our thoughts.

We can recall a sequence of events…memories…moments really – instants of time. There is a series of them. They extend backward in an imagined space within us that we conceive of as an inner temporal dimension. Those slivers of memory are severely limited in number, when compared to the seemingly countless moments of time we experience.

When we scan back through the mental recreation of our memories, the ones that have been with us the longest are faded – at some point they simply disappear into the fog of half-remembered childhood. They are all we have, really, to pinion our sense of existence within a murky insubstantial past.

Of course, our identity – who we think we are – is intimately wrapped up in these early memories. They – as we are – are works in progress, for we embellish them and add to them, even as they are slowly diminished by the erasure of forgetfulness.

And so it goes, these aspects of being…being alive…are not typically our concern. We take for granted the most mysterious and inscrutable parts of our existence. This is probably why these impressions are so difficult to describe in everyday language. Volumes of philosophy, psychology, physiology, and neurology are dedicated to simply coming to terms with the most essential aspects of describing what it is like to have human life – even while billions of us experience it directly every day.
We are on a journey together now. A little at a time, we are reflecting upon our experience on a very basic level and seeing how this experience, common to us all, has the potential of uniting us not only with various aspects of ourselves, but to all of nature, the world, and the universe at large.

Image: “a life” by Tullio DeSantis, digital image, 2010.
YouTube Video: “The Wonder of You” by Deepak Chopra. 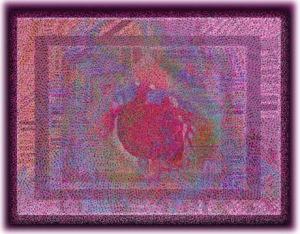 You’re in the rapids now. You experience a vortex, a tunneling sensation, heart aching, breath racing. A formless flow rushes around and through your field of perception. Sounds are at times deafening and then muffled, distant. The sheer intensity lifts your eyelids and stings your eyes. Fighting for breath and barely hanging on, you feel yourself speeding through spaces too rough or too slippery to hold you.
Being overwhelmed…psychologically, emotionally, is like this. We’re at the center of a powerful turbulence and we feel lost, paralyzed. It is the essence of being stuck…feeling stuck in such a strong undertow that the sense of powerlessness is palpable and all-encompassing. We feel an onrushing chaos and we want to flee…but we cannot.

And so we succumb, as we have so often in the past. We allow ourselves to go limp, to become numb…in this way we have learned not to feel what is happening that is out of our control. Or else, we become hardened…unnaturally rigid. When we’re threatened…when we feel unsafe…we close ourselves off to what is happening. We create an intentional tunnel and we enclose ourselves within it. Desperately, we try to hide.

Numbed, unfeeling, somnambulant now…we have done this so often it has become an unconscious response to the panic that ensues whenever we sense the chaos, loss of control, the threats to our sense of safety…we go into a trance…anything to stop the painful sensations…

Of course, we can’t stop anything. The sense of being out of control…the dysfunctional energy we apply to our states of confusion only serves to increase the anxiety and panic.

At some point, though…it can happen, We find ourselves – just for an instant – in a position to observe what is occurring to us. We find a foothold, a ledge upon which to stand. It is as if the very act of observing creates a space of calm in the midst of the whirlpool of emotions and we feel somewhat removed…outside of the experience of intensity…at least enough to catch a breath. In that moment of observing ourselves, we find the panic disappears for brief instants. It is as if we can not experience it and observe it at the same time.

And that existential fact is what saves us…the simple act of observation can rescue us from being totally engulfed by our own emotions. If we can see ourselves, even for a moment, we can save ourselves. One is saved from chaos in only one way- by understanding it. The most significant thing about chaos is that it is not chaotic.

Seeing the state we’re in is something that happens from the river bank, not in the rapids. It’s not that there are two of us, it’s just that we seem able to be…almost…in two places at once. We can be in the middle of an experience…and yet, we can observe that we are having the experience. And the act of observation actually does serve to transport us to a kind of external vantage point – a new view, a fresh perspective on our situation. Through the simple act of seeing, observing, from moment to moment, we become unstuck…
*
Image: “Entangled,” by Tullio DeSantis, digital image, 2010.

The notion that intelligence is a very basic form of energy (a particular pattern of light) that suffuses the universe is moving through the minds of the world’s most advanced thinkers as surely as a warming wind moves through cool trees in the springtime. To see intelligence as a force in the universe – an actual component of the cosmos – is not the same as ascribing intelligence some simply-defined design function or necessary teleology. Instead, intelligence is seen as something that occurs naturally in an energetic system. An intelligent process, at its most basic level, exhibits attributes of nascent awareness.

One of the most basic ways in which elementary particles, such as photons, exhibit these proto-conscious attributes is demonstrated by the phenomenon of entanglement. Entangled photons can be said to possess a rudimentary awareness of each other’s existence. In the absence of any other way to describe their absolute connectedness, entanglement is consciousness. In other words, there is no other set of concepts that can be sensibly used to describe their connection across the space-time continuum. The only form of communication that can be described as non-local is knowledge. In this sense, an entangled photon can be said to have instantaneous knowledge of the existence and states of its partners – no matter where or how distant they may be across the universe.

In the universe at large, this minimal atomistic form of awareness (knowledge of specific state) is multiplied trillions of times both internally and across the environment among the entangled systems of living matter. What emerges from these indescribably intricate patterns of entangled energy that are encompassed by living systems is best described as self-awareness or consciousness: complex patterns of information enfolded as forms of life.